What does it mean to be ‘feminine’?

Femininity regards a set of attributes, behaviors, and roles associated with girls and women.
But the true meaning of Femininity is about your orientation in life.

How you approach situations, circumstances, and ideas will be both feminine and masculine by nature (per the Universal Law of Gender).

However, there will be overtones and undertones that make the experience either more feminine or masculine.

If an extremely feminine woman is tasked with being a single mom, she will have to channel masculine energy to take care of her family.

Does that make her masculine? 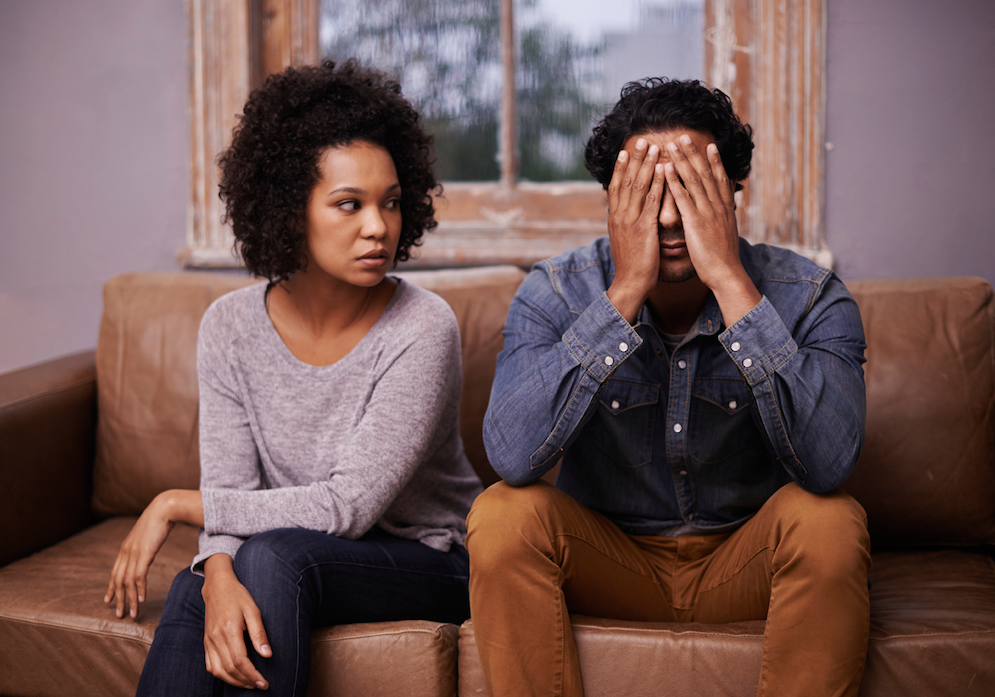 No, not at all. But after being a single mom for over a decade, she may begin to feel like she’s lost touch with her femininity.

Modern Women Are Channeling Too Much Masculinity

If you’re too stressed at work, or trying to force a relationship to go in a certain direction with too many boundaries – you’re channeling too much masculine energy.

Relax into the possibilities and let your Divine Feminine energy guide you.

Alternatively, a very masculine man might have to care for a sick loved one. This will require him to nurture the person, and do more feminine tasks to best meet their needs. This doesn’t make him any less masculine.

A third scenario, where a person is physically one gender, but spiritually feels more connected to the other gender can be hard-wired and confusing to cope with.

Childhood trauma could cause this, but it’s also very possible that a person is simply born gay.

My brother is gay, and his life has been incredibly hard – not because he doesn’t know himself, his preferences, or how he feels about the world – but because our culture does not accept that we are all inherently feminine and masculine. Therefore making him a walking contradiction in the eyes of others.

My brother-in-law is an amazing 24-year-old.

He is intelligent with a good heart but hasn’t been able to launch into the adult world.

His family was raised in an extremely religious environment, with many single women (the adults) and young men (the children).

Because of this, he judges himself and the world around him from a conflicted point of view.

I don’t think he really cares about stereotypical gender roles, but our society has only recently accepted his life experience as more than a choice.

On the other end of the spectrum, we see extremely masculine men who are embarrassed to show any sign of femininity.

We see feminism taking control of the media, and women pursuing careers for accolades and social approval when all they truly want is to be with a masculine man and raise children. To say the least, we live in a time where people are incredibly confused and influenced by the perceptions of others.

Rather than maintaining the innocence and self-acceptance we understood so well in childhood, we wall ourselves off from the authentic expression of life that makes us truly happy. But… we’re making progress nonetheless.

This doesn’t necessarily have to do with gender, these are conditional and circumstantial traits in all human beings.

Life circumstances might even alter your ability to feel feminine or masculine.

Can you imagine if the single mom mentioned above is unable to channel her masculine energy for the welfare of her child?

The child would suffer an even worse fate than he would with a mother that plays both roles.

When it comes to feminity, there are many nuances that can be observed in detail.

Drinking coffee in a feminine way might be for the appreciation of the flavor. Maybe you go to a coffee shop because of the ambiance or the way the staff treats you?

Drinking coffee in a masculine way might center around utility; whichever brand offers the stronger caffeine, and the faster, more efficient service determines the establishment you patronize.

But either way, you’re drinking coffee.

So how do we engage Feminine Energy?

We really don’t have to do anything.

Femininity is innate. It can be hard to channel this energy into masculine tasks that require discipline, productivity, or if the task is aimed at a specific result.

In the same respect, it might be hard to channel masculine energy into nurturing children. When it comes to being patient, or appreciating the butterflies and the flowers in your front lawn, these things can be tough for the masculine. Empathizing with someone who has wronged you is particularly feminine if you see what I’m getting at.

These energies serve a divine purpose, and we need them both to survive and thrive.

Benefits of Being Feminine Modern Day

Today, feminine energy is embraced in a business sense – which has made it easier than ever before to make money and work for yourself. Society has taken a softer, more welcoming approach when it comes to race, gender, and sexuality.

This is good for the feminine woman who wants to progress in an hyper-competitive environment.

Men are also able to spend more time with their children, which allows them to teach important lessons and build a stronger foundation for the offspring. There’s no doubt that we live in a great era for taking advantage of new opportunities. We are able to essentially have both freedom and boundaries, unlike ever before.

How To Apply Feminine Energy

Put simply, if you are alive, you have feminine energy running through your veins at each moment throughout the day.

In some situations, it will benefit you, while in others, being feminine will make things more challenging.

If you’re attached to a result or specific outcome, this is a masculine energy coming forth. The feminine is the more creative force. It doesn’t seek control, domination, or anything in that regard. It only seeks to create, to expand, and to feel limitless.

Thus, in order to get better results working with your feminine energy, you have to work at a higher plane and become unattached to the means which you employ to accomplish your goals. In saying this, I am suggesting that you must strengthen your imagination to enhance your femininity.

If you want a raise at work, and feel like you’re the least likely candidate to get the job – use your imagination to see yourself in the position, and feel as though you already have it. You won’t have to do much in the physical realm to get the outcome you desire.

Once you do this, you’ll radiate that you’re meant for the job. It’s hard to explain, but it works. This internal conviction will create a bridge of incident which leads you to your desires.

One caveat to this method is that you’ll have to detach from outcome, completely.

If you try to control or manipulate the process in any way, it won’t work.

You just have to be astute enough to recognize it.

The idea here is that feminine energy isn’t created or destroyed.

However, both masculinity and feminity sit on a sliding scale. Each day you’re going to have a little bit of both.

Wherever you resonate will determine your overarching vibration.

Others will sense this and if you were to have a deep conversation, they could tell you exactly where they think you are on the scale.

Of course, there are several biases at work, such as the loving/liking tendency. This suggests that the more we like a person, we’re going to view them in a more “desirable” way, and we’re less likely to view them objectively.

Femininity is a Universal Principle

To feel more feminine, you must get to know yourself at a higher level.

The feminine is the dominant force on the creative plane.

Everything in existent began in this way, but both energies play a major role in keeping the balance.

Have you ever noticed how the most masculine guys are basically ‘brutes’?

Hard-laborers, athletes, and criminals get the rep for being masculine.

The most feminine women tend to have long hair, soft skin and look like something out of a fairytale. This isn’t by chance. They leave a light footprint on the earth, and dominate the creative realm. They leave men begging for their affection and seem to ‘attract’ anything they want with minimal effort.

From free meals to trips, luxury items, and marriage proposals – these women seem delicate and fragile but they’re mastering the feminine energy at the subconscious level. Other factors that can aid you in channeling this energy are strengthening the intuition, and your higher faculties as this is the playing field of the Divine Feminine.

Higher faculties like willpower, memory, and reason can be difficult to understand at a lower vibration.

Women tend to forget exactly what happened and when it happened, but they never forget how it made them feel.

Feminine women can not only remember a feeling. They can feel things so strongly in the present that they sense (intuition) if they’re on the right path. This is frequently called a “woman’s intuition.” However, this women’s intuition isn’t something of logic or sound explanation.

We can feel that something is off, but we don’t always know the meaning or cause.

We can also sense something before it happens. Though we’re often deluded by our own fears and projections onto the etheric plane before something is manifest.

This may lead to blaming someone or becoming suspicious about a lover’s actions, but we must remember, we attracted this to teach us something.

A subtle sense of self-awareness will go a long way in this regard, as we often project our own suspicions and insecurities onto situations not realizing that we created them and attracted them into our lives.

With this self-awareness, someone who consciously chooses to live in a more feminine vibration will not attract things which do not serve the things they desire to create. So much information has been socially refined, yet these energies are biological and spiritual – and we see them in nature.

If you’re feeling out of touch with your feminine side, or insecure about the results you’re getting in life, consider which mode of operation you’re channeling.

Feminity isn’t bad or good, there’s a place for it as the Universe is always perfect.

This energy just is, and if you feel a disconnect with your own feminity – you’re thinking too much.

Stop Thinking So Much

Thinking does not take place on the creative plane.

You must feel in to this kind of energy and embrace whatever comes to you.

This means that if you’re overwhelmed, stop looking for a specific outcome.

Strengthening your higher faculties will help to guide this feeling and sensing in the direction you want to go with your life experience. There is no wrong direction. Life is what you make it.

Embrace the limitlessness of the feminine, and know that you will attract everything you need. Nurture the good in your life, and keep creating. Too much masculine energy is probably responsible for blocking your flow or abundance and blessings.