NASA scientists have detected evidence of a parallel universe, right next to ours, where all the rules of physics seem to be operating in reverse.

In a report by the Daily Star, a cosmic ray detection experiment conducted by several Nasa scientists found particles that might be from outside our own universe. 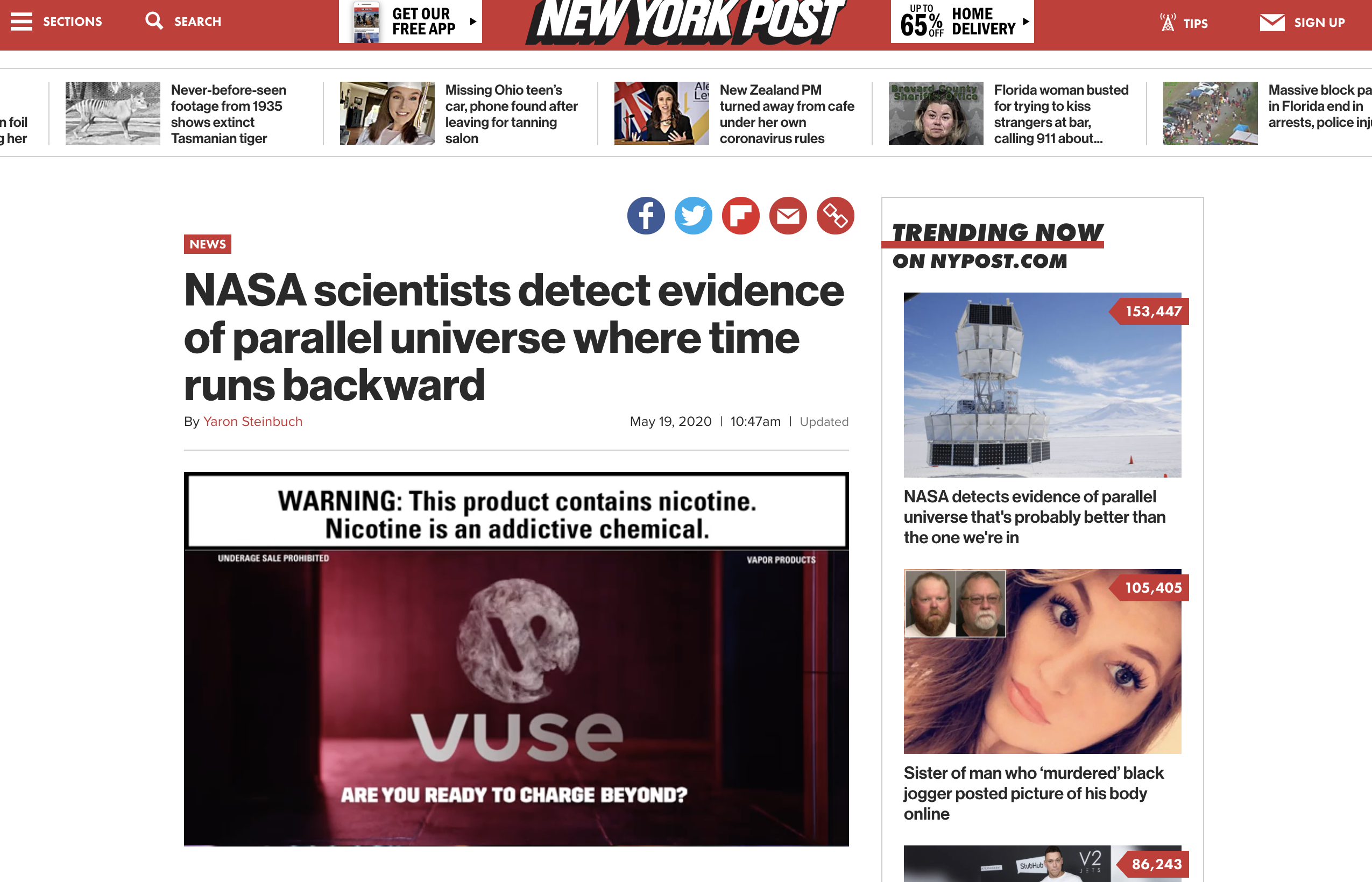 The group of experts was working with Nasa’s Antarctic Impulsive Transient Antenna (ANITA).

They used a giant balloon to haul the device high above Antarctica, where there is cold, dry air, which provides the excellent condition to use it as there is little to no radio noise that could distort its findings.

ANITA is an instrument that detects ultra-high energy cosmic-ray neutrinos. The team detected a tau neutrino or a heavier particle coming from “up” out of the Earth in 2016, which means that these particles are traveling back in time and could be evidence of a parallel universe.

The scientists suggest that the particle changed into a different type before it passed through the Earth and then back again, which is the only way it could happen, but “not everyone was comfortable with the hypothesis.”

It’s extremely rare that it might only happen once, but the team witnessed this phenomenon happen several times.

It’s still a possibility that the results came from a bizarre error the ANITA made, however, the simplest and the most scientifically elegant explanation is linked to the parallel universe.

In other words, when the Big Bang happened, two universes were formed and the other world runs in reverse. In this mirror world, time runs backward. Of course, from their perspective, we would be the backward world.

This year, in 2020, NASA announced the discovery of a parallel universe, while the Pentagon announced ‘an unidentified aerial phenomena’ that was captured on camera. We’re in the middle of a global pandemic, Kobe Bryant & his daughter transitioned in an incredibly tragic accident that shook the world, and we’re not even halfway through the year.

These are truly strange times we’re living in.

Warning: Invalid argument supplied for foreach() in /home/customer/www/divinefemininealchemy.org/public_html/wp-content/plugins/feed-them-social/feeds/facebook/class-fts-facebook-feed.php on line 1811