The Divine Feminine energy is the true “survival” energy. Though the Masculine energy (conscious) works to literally survive & protect his kingdom, the Feminine energy (subconscious) is the warrior survival energy under pressure. She is the giver, the sustainer, & taker of life. First of all, Divine Feminine energy ALWAYS gets the job done. She goes overboard if we aren’t strong willed enough to balance ourselves. In nature, we see the Feminine go as far as eating her Masculine counterpart under pressure. We must learn the Alchemy of this energy, and use it to create our lives, rather than destroy our creations.

Feminine Energy is that essence that makes you double-take at a woman crossing the street. When she kisses her baby, it is the underlying force perpetuating that expression of life. It drives the masculine to work hard, rather it evokes a response from the masculine energy. We encourage him to provide for his family despite any hardships. The ancients refer to this energy as Shakti (Ancient India), Shekinah (Kabbalah), Yin (Taoism), Praj-na-para-mita (Buddhism), or Gaia/Mother Earth (Wicca). Even in modern Catholicism, worshippers acknowledge Eve & Mother Mary. Feminine Energy is the healer, and the caretaker. This energy is often depicted as the cosmic sun. It is responsible for the creation and sustenance of life. Feminine energy is ‘dark matter.’

The most Ancient people practiced earth-based spirituality. Worshipping Mother Earth, fertility, growth, death, and rebirth are all aspects of these civilizations. We see signs of Goddess worship as far back as 33,000 years ago with “The Venus of Willendorf” statue.

Mother Earth controls the planets, sun, moon, the plants and flowers, weather, and procreation. Her energy is essential for sustaining life on Earth. They had no calendar, time, synthetic drugs, or space travel. No way of measuring or gauging our collective realities. It was just her, and our relationship was mutually beneficial.

Pre-Columbian American spirituality honors the mother and father. Pachamama, the Corn Woman, is responsible for nurturing and feeding her children. In turn, her children take care of her.

Maybe male-dominated cultures have perverted peaceful, earth-centered spirituality. Condoning violence, and sacrificing children & animals has disconnected us. We must reconnect with that nurturer, caregiver, warrior essence.

The Greek Goddess Aphrodite represents love and infatuation. These are both quite necessary to bring about circumstances for reproduction.

The Egyptian Goddess Isis is depicted squatting while giving birth. She represents healing and resurrection.

The Chinese Goddess Kuan Yin teaches us to have mercy, compassion, and forgiveness.

Lakshmi, the Hindu Goddess of Good Fortune, brings abundance and beauty into our lives. She is still worshiped daily in the Hindu religion.

The goddesses Maat, Hathor, and Bast, are worshiped by the Egyptians. They represent Divine Feminine energies in nature. Like Yoruba, they are not worshiped externally, but inside each of us. In the tombs and temples, women are depicted as highly respected, prominent figures in Egyptian culture.

Consequently, it is still unclear whether ancient women were in subservient or dominant positions in society. We’re told that only men were meant to be Pharaohs and they were all polygamous. However, there is research supporting the idea that Kingship was passed through the maternal bloodline. Women are depicted holding the men by the forearm and waist. She is propping him up. It’s as if the masculine was the face of the feminine agenda. He fights for her, while she sustains the nest. 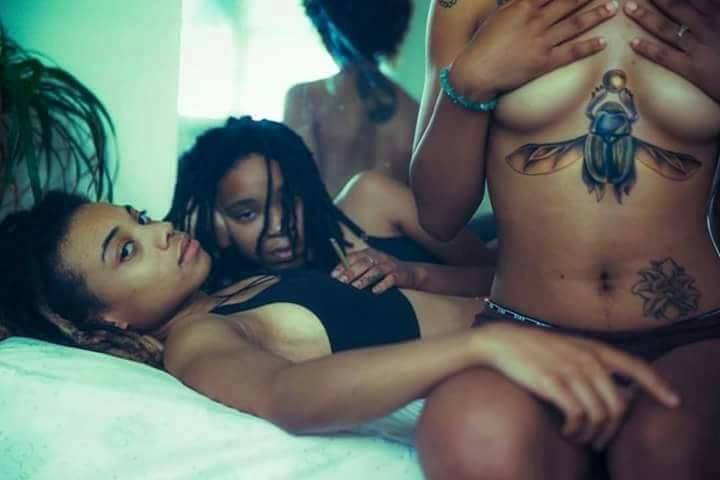 The Ancients respected the balance of male and female energy. No matter the culture, Ancient people recognized the feminine energy as God, the creator.

Bast represents the androgynous twin spirits of nature. The proverbial polarity and duality we see in every walk of life. 3000 years before Indo-European Christianity, Hermetists studied the subconscious (feminine) and conscious (masculine) aspects of the mind. The Hermetic Principle of Gender tells us that everything has gender. We all carry both masculine and feminine energies. Being a male or female is not always directly linked to masculine and feminine energy. They’re a correlation rather than causation.

Female Kings were celebrated during the Archaic Period, 3100 BC to 2650 BC. Four women sat on the throne. They held supreme reign in Ancient Kemet. These women were Hatshepsut, Tiye, Tetisheri, and Meryt-Nuth.

The Pharaoh Hatshepsut ruled Kemet for about twenty years during the 18th Dynasty. She was a business woman and led massive rebuilding, restoration campaigns, bringing prosperity, law, and order to Ancient Kemet. Her reign was one of the most prosperous times in Ancient Egyptian lineage.

Royal Wife Queen Tiye, regent of the Pharaoh Amenhotep III and Akhenaten’s mother led a very public life and was a real estate mogul. She was the center of the royal family life. When she died, Akhenaten succeeded her, and for a short period after that, his co-regent and successor Smenkhare, and eventually power was passed down to Egypt’s most famous Pharaoh, Tutankhamun.

Hence, during the 18th Dynasty, women had legal, economic, social, and cultural freedom. Furthermore, in Ancient Nubia, Egypt, Asia, Greece, and Rome women are depicted as superior or at least equal to men. Women owned commercial property, real estate, and businesses. They could even live alone, or have multiple husbands. The Divine Feminine Energy was greatly respected. People could sense the power and importance of a woman, and treated her accordingly. The Ancients understood that there is an underlying duality to all manifestation. Masculine energy without its feminine counterpart is unbalanced, which we see presently manifesting in our war-ridden, colonization, enslavement, ownership, capitalistic, greed driven culture.

Due to this connectedness to nature, the Ancients understood that there is an underlying duality to all manifestation. Masculine energy without a feminine counterpart is unbalanced. We see this presently manifesting in our world today. Our masculine education system, media, and socio-cultural norms have anesthetized us. Colonization, enslavement, ownership, capitalistic greed, and subjugation are a result of this gender imbalance. Our present paternalistic system has destroyed the harmony we once had with nature. And the planet is suffering because of this ignorance.

Yet this does not mean the Masculine energy is responsible for what has manifest. The masculine triggers the feminine which brings all things manifest. Thus, it is the response of the Divine Feminine which has created this collective reality. If we learn to work with the subconscious balance will be restored.

To heal, and reverse some of the negativity that has manifest through this imbalance, we must heal the womb. We have to manifest more peace and love. The sub-conscious (feminine energy) has to reunite with the conscious (masculine energy), through acknowledging their reliance on one another. The energy of the Divine Feminine, or Feminine Energy balances masculine energy; without it, the masculine energy (warring and aggression) gets out of hand. This can only be done trough dissolving the ego.

While the Divine Feminine is starting to regain its understanding of itself, we still have far to go. Factual historic references, art, religion, music, meditation, spirituality, archeology, media, mythology, and goddess worship are becoming popular. Feminine energy is simply the physical manifestation of all creative energy. These divine feminine figures of ancient history and mythology are becoming role models. We no longer overlook their guidance and wisdom. The modern way of life is losing it’s sustenance for this generation.

Paternalistic culture denies the divinity of the Womb. If man denies the womb, he denies his own existence. In etymology, we begin to understand that man could not exist without the womb. A woman or Womb(man) is the feminine creator source energy that allows him to exist. This holistic understanding must be taught to our youth.

Warning: Invalid argument supplied for foreach() in /home/customer/www/divinefemininealchemy.org/public_html/wp-content/plugins/feed-them-social/feeds/facebook/class-fts-facebook-feed.php on line 1811